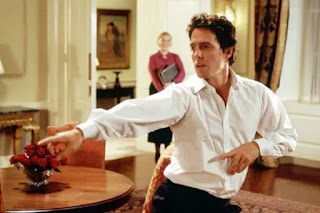 I’m suffering from anxiety and depression caused directly by Donald Trump. I am losing sleep, and have no idea where to turn. My friends just laugh at me. What should I do?

Dear Terrified of Turramurra
Well firstly – your friends are arseholes. I think that’s where we should start. It might not seem rational to them but that’s not the point.  The whole point of friends is that they should support you and love you even if they think you are batshit crazy.  I suggest new friends.
Secondly, I think that anybody that isn’t feeling some level of anxiety about Donald Trump is clearly over medicated or perhaps not living on Planet Earth.  I mean, the man is the President of the United States of America – a position so deified that Hollywood have been making movies about it for years.
I mean lets be honest, there has been no movie where somebody abducts the Prime Minister’s of Australia’s plane and the closest anyone has given a shit about the Prime Minister of England is when Hugh Grant got to defend Martine McCutcheon’s honour in Love Actually.

The horrible thing is, in America, the guy in charge has a great deal of influence.  And when that influence is in the very, very tiny hands of a megalomaniac who lacks impulse control, respect for any kind of human being that isn’t himself and could potentially set off the third world war in one fucking tweet – that is anxiety inducing.
Not to mention if anybody but anybody ever paid attention in history class, you would be able to see the parallels between whats happening in 2018 and what happened in the 1920s/1930s. Except now, despite having access to more information than ever before, people say they don’t want to know.  Well of course you don’t want to know. Who does? But standing back and doing fuck all about it doesn’t make it go away.
Ask ANYBODY that was Jewish or a minority how that turned out for them when a teetotaling, megalomaniac decided to play on the fears and insecurity of people based on the economic climate of the time by vilifying, blaming and building up a storm of hate towards other people.  ANSWER: REALLY FUCKING BADLY.
So in short, Terrified of Turramurra, the anxiety is reasonable. But counter act that by doing things that are meaningful in your local community to break down stereotypes and create connections with people that you might not ordinarily meet. Find ways to to meet people from different backgrounds and life experiences to ensure that there is no US and THEM when it comes to our own little corner of the world.
Because it is cliched sure, but the fact is – the only way to change the world is to do something. And it all spirals from there.
And lastly, if you can’t sleep – see your doctor.  A good night’s sleep makes all of us feel better no matter what. You need to sort that shit out pronto.
Love,
Al
If you have something for ‘Dear Al’, please send to [email protected] – Thanks.