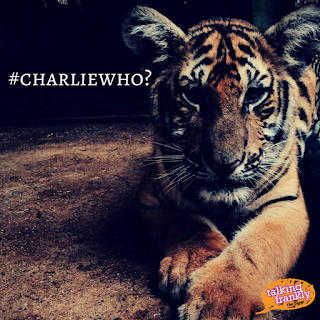 If the new me is exactly the same as the old me but slightly podgier due to the excessive amounts of food I have eaten over the last few weeks.

And wine. Much, much, wine.

Just after I have a good lie down and probably some anxiety reducing drugs.

Have you read all the resolutions people have made? Or the anti-resolutions – you know when they resolve not to make resolutions or to do less of some things rather than more. Or something.

And people keep taking pictures of gym shoes and checking in at the gym or mentioning mindfulness and their new zen mindset.  And the memes. All of the memes which demonstrate our commitment to our mindful zen like serenity.

Well mostly, I have at least one friend who is even crosser this year than they were last year which means that they are about one drink away from channelling their inner Charlie Sheen and shouting about tigerblood.

I don’t know what the f&*k they are going to be doing in February but I suspect bedrest will be high up there considering all the hollering about change and zest and ferocity.  Why do we have to be so gung ho about changing ourselves in January?  Particularly in Australia when it’s summer and our brains are basically on holidays until the end of January where we give ourselves a day off to celebrate invading Australia so we can yell ‘Fuck off we’re full’ to people much nicer and undoubtably more deserving than we are.

But perhaps I digress there.

Why can’t we just wake up one day in say May and say to ourselves “Hey, you are pretty awesome but that butt won’t shift itself lady so get moving!”

Or even better – just spend all year loving ourselves stupid and being quite pleased with ourselves. Demonstrably enormous, well padded derrieres included.

I know a change is as good as a holiday – I like to say it irritatingly and ironically whenever I put on new underpants but sometimes a staycation can be just as good for us as jetting off somewhere. I mean let’s face it – I spent Christmas Day spewing up with a tummy bug and I’ve done the same thing in Mexico. The only view I saw was the strip between the bed and the toilet. Both times.

I’m all for change. We need to evolve to ensure we don’t end up voting for Donald Trump or quoting Tony Abbott in relation to climate change but I also think it doesn’t need to be so drastic all the time.

Most of us are pretty ace just as we are. Doing our bit to be our best on a daily basis. And sometimes we nail it, sometimes we don’t. But that’s the ebb and flow of life.

And sign up HERE to become a Franklophile and get the newsletter.
(I’ve actually started it now)