These are just days in our lives 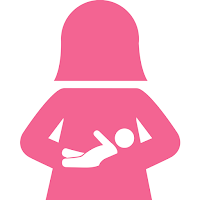 I’m all for inclusion.

I’m all for mindfulness.

I’m all for kindness.

But I am absolutely over seeing other people apologising for things that aren’t even things.

A Ms Jarvis, established spinster and massive fan of her own mother, started the campaign to answer her mother’s dream that one day the powers-that-be would create a day commemorating mothers for their service for humanity.

Eventually she got her way and because the world is as it is, it started as one thing and morphed into another when the marketing department got hold of it.  Somebody at Hallmark probably got a bonus. And now a century later we commemorate our mothers for their service to humanity by buying joke cards, dressing gowns and wine.

No. Not everybody is going to be loving the day.  Or needs the day. Or wants the day. Okay. Got it.

But that doesn’t mean we can’t say on our social medias, or in a card, or on the television “Happy Mother’s Day” without adding a caveat inclusive of all the above.  We do not need to apologise for enjoying the shamelessly commercial nature of a day dedicated to this particular role in life – if we choose to do so.

It’s not a competition people. Just enjoy the day or not. Stop making it a battlefield.

We don’t apply the same hysteria to the whole buy-a-diamond-worth-three-months-salary-thing which is nothing but another successful marketing campaign designed to turn the historically commercial transaction of marriage into a way of making money out of the modern notion of ‘a love match’.

When somebody gets engaged, we don’t say “Happy Engagement” and then add a caveat to acknowledge all the people that didn’t choose a diamond, aren’t married, are formerly married, want to get married but aren’t, no long want to be married, and so on and so forth.

We don’t shout down the people congratulating the happy couple by calling them out publicly for their insensitivity to the unlucky in love or the recently separated or berating them for forgetting that you want to get married but can’t find anybody to marry you.

On the most part we think “how lovely for them” and then forget about it.

Absolutely – if you know somebody personally that’s having a rough time around Mothers’ Day, or their ex-husband’s engagement or whatever – reach out to them personally, but don’t patronise them by acknowledging them one day a year and then say or do nothing about it for the rest of the year.

If you truly give a shit you should know that that loss or absence in their lives is a constant. It needs support and encouragement all year around, not some token “I see you barren lady” post alongside the pictures of you in your new car.

Be kind, be thoughtful, be inclusive, be mindful – but give over making it ‘a thing’.

The celebration of one thing is not a dismissal of another. You can care deeply about one thing and still indulge in fun. It’s one of the key elements of being human.

(And one last thing – don’t forget to hunt out sea monkeys, trees, lovers of Coquilles Saint Jacques, Biographers, LGBTI Elders, and people who draw and wish them a good day today. Because today is their day. And I am in no way offended if you don’t include a caveat that acknowledges my absence from that particular set of descriptors.)

And sign up HERE to become a Franklophile and get the newsletter.